+++Coded for Sentient/Only;Piety:High+++
Refugees from Sectors SHONDRUAH and DORVASAL continue to move upward into the 2nd tiers and outward to Hives Secundus and Tertius. The stated reason is increased gang warfare activities, which the Arbites are instructed to allow, in the hopes that the villains will slaughter each other and spare the Helmawr and supporting houses the cost of ammunition and personnel. Why do Hive Officials not intervene directly to root out the source of these evils? Do not question, Heretic!, for The Emperor Himself directs the agents of Lord Helmawr... 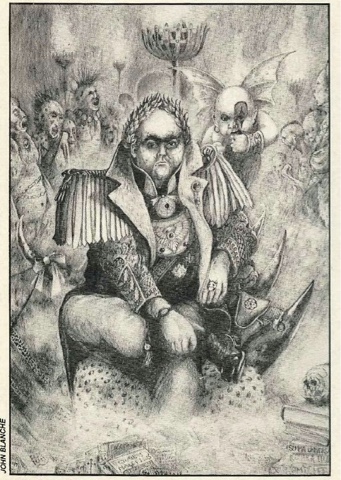 In other unrelated news, cheap Spook and Spook-like analogs have flooded the markets of all Spires, causing addiction and overdose rates to soar, and production in the local Manufactora to plummet, jeopardizing quota and tithing levels. Shell casings are down 17% and Spook-agonist supplies dwindle. Warp creature incursions are [[[REDACTED]]]. The Conclave of the Sisters of Fiery Mercy Hospitallers have reported that promethium supply levels are running low, and flagellations and pogroms are increased in the 2nd tier fringes as lower-caste workers flee the depths.
In other unrelated news, quotas of applicants for the Black Ships program are surging to record heights! BEWARE THE MUTANT AND ALIEN, AND REPORT ALL PSYKERS TO OFFICIALS
+++end of line+++
(So listening to NPR on the drive into work I actually have to turn it off for a good portion of the drive so as to avoid hearing about this fucking guy Trump. But when I do listen it's about refugees!  Refugees from warfare and gang violence , particularly in Central America where most refugees are provided amnesty and border agents are like MEH WHATEVER TIDE OF HUMAN TRAGEDY and I thought to myself Why don't they just send in troops down there and wipe those gangs the fuck off the maps?
And furthermore it's all about IEDs killing soldiers in Afghanistan and Opiod addiction and overdose and, really, I deal with these problems like at the ground level all day every day and it seems to me that the obvious solutions are only fit for hilarious satirical fictions and just pause to consider the sort of war zone that this country would become if suddenly all production of opioids suddenly ceased... It doesn't need to be a conspiracy - it's just that the negative effects are currently estimated to not yet outweigh the positives, whatever that means
So, let the gangs generate money and resources and then when they get to be a hassle then request a couple of squads of marines to just obliterate whatever an Inquisitor retinue points at, then spray a coat of paint down and let the refugees back in to the vacuum you just made.
Also, Spook! it's fun and every ganger should try it once or 5 times. Maybe some event floods cheap Spook derivatives to the market and everybody tries Psykers powers or limited versions and you can also save it for the inevitable bullish market later when supplies are low.
Please note: all this gaming activity generated by my news stories and work day and maybe a write-up forthcoming. I don't know. I have a lot of gluing and painting to do
P.S. I really loved the Enemies of the Inquisition list from the 4e Witchhunters book.
P.S. The Confrontation rules really put an interesting emphasis on Cherubs
P.S. BONUS LINK
http://leadplague.blogspot.com/2014/02/building-venators-journey-from.html?m=1
Posted by Noah S. No comments:

Street Fight in the SPACE DUNGEON

I was, and remain, a guy who imagines he can take anybody in a fight. I'm dumb in the way that all American guys are. I played Street Fighter 2, Mortal Kombat, and Samurai Shodown AND I took about 6 months of karate 22 years ago. 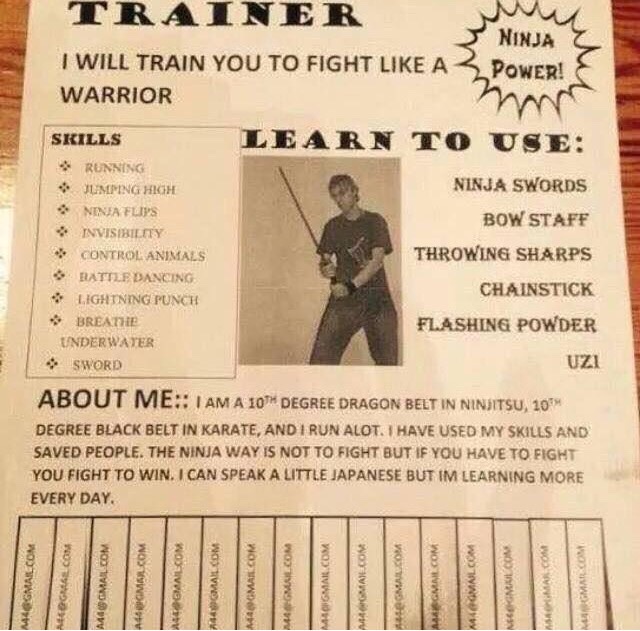 SO - I'm a badass, at least up in my fantasy land in the old imagination zone between my ears. AT LEAST a Level 6/2 Fighter/Thief (not a Ninja, let's be serious). My allergies may get the better of me at this time EVERY GODDAM YEAR, but! No Shinobi will do so, unless of course I am eating Doritos and watching Star Trek. This one time I proposed to Anthony Poliseno while we were working this shitty movie theater job in like 1995 the ULTIMATE CUSTOMIZABLE FIGHTING game, and you could carry around little mini-CDs and whoop the ass of people and spend a sack of quarters and totally not make out with chicks that summer.

And, sad-dad nostalgia being what it is, every once in a while I think about this heartbreaker fighting game I could make if only I had a suite of confusing and cryptic but powerful software to help me, and OF COURSE, since this is the internest, that thing already exists, and who woulda thunk it is has a nicely developed community of wildly creative mashup junkies like you (since you are reading this and I make that assumption) and me.

So, I got my own thing going on and it's set to the same UHF Channel 17 as Space Dungeon in the old G+ community, that being a bunch of doofy rejekts in red shirt outfits and flailing around in hyperspace getting killed and looking for treasure and pissing their pants and dying in a hard vacuum. It looks like this, sort of: 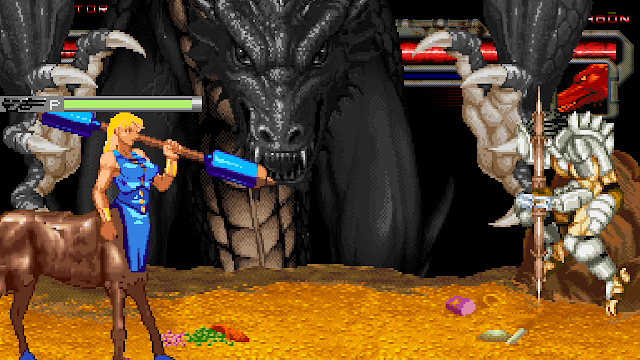 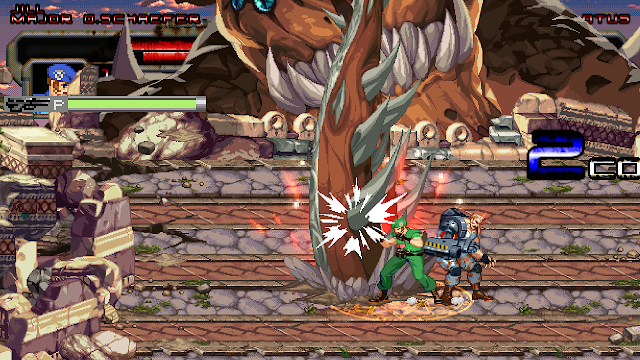 The problem is, it's not real balanced and it's maybe way too ambitious and kinda wonky, and since the various MUGEN factions are not always agreeing on standards there are some terrific and broken characters that I included but they are buggy all to hell, and of course the engine is terrific, AND FREE, but it doesn't exactly do what you want unless you know how it works and can coax it.

It's like some Melnibonean daemon, except it won't take your soul as far as I know, but I sure do think about it a great deal.  I find that I am thinking about Streets of Fire based versions of this in which Tom Cody fights that dragon up there, and of course I want most of the characters to be these shitty thugs that beat you up when you play those other games, and they have absolutely no chance to beat up, physically, the ESSENCE OF EVIL, I mean let's be serious, and I mean, that reflects somewhat on my DM style but I was exposed to Call of Cthulhu as a wee child, sorry, meng.

Anyways, I'll let you know how it goes. Here's the stupid and fun roster: 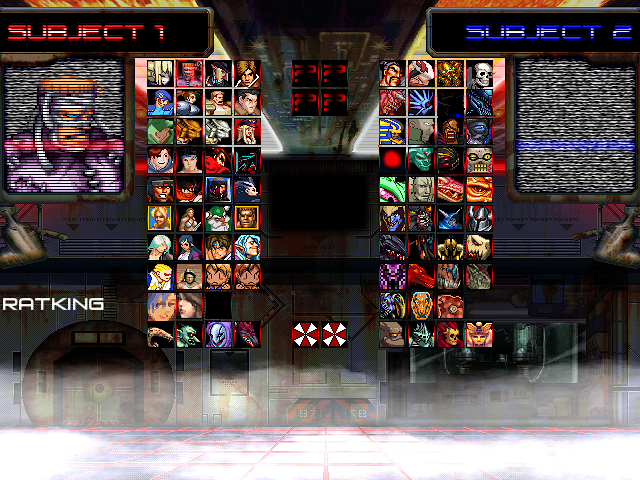 As you can see it's all about under-powered slobs against the hideous forces of evil, and while it's crippled and broken and awful, I am learning a great deal about the whole language and guidelines of it and that's the only reason I get engaged with stuff these days, is to figure it out.  You wouldn't believe how customizable the engine is and how much raw content is available.

p.s. it's difficult to find pictures of '90's culture, like that arcade in International Mall in Miami where I finally despaired and gave up on the first SF2 games and Mortal Kombat and settled in to Time Killers and Samurai Shodown series...

The Voxelcube Masters of Space Dungeon

The Ancient Race of Warani
Stargazing masters of matter Voxelization technology, the Warani turned the customization of the material world into a game of building blocks 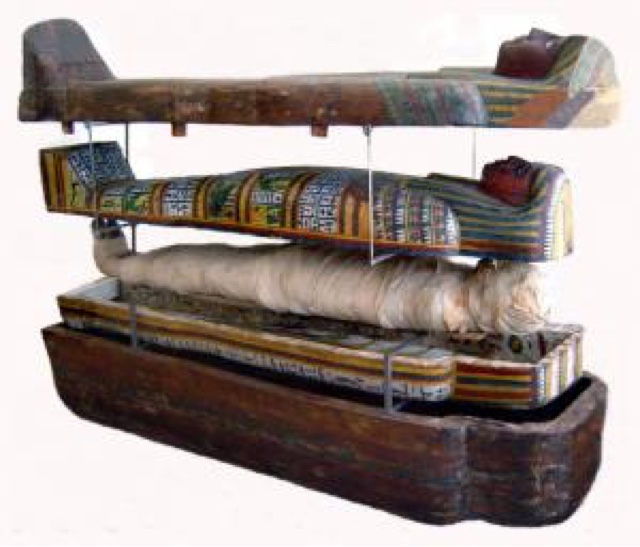 Standing 7 to 9 feet high, the Warani are warlike and aggressive in gathering Voxelblocks to build machines to convert themselves to energy and so escape the confines of the Demiurge plane. They have 3 multi-hinged arms; the symmetrical distribution varies but those with 2 arms sinister tend to become powerful wizards and the others are usually warriors and workers. Almost all the Warani converted to zeta-waves aeons ago. The scant few who remain were driven mad by lust for materiality and these reject honor and impermanence entirely. The awful Warani Ghast Transmuters interred in Nebulmor hate all life jealously, and guard their vast treasures with vitriol and avarice, and also they wield terrible magic and psionics the way earth children play at digging virtual mines
There is much to be learned from their magic; scattered around their lairs , inscribed upon datacubes in long-forgotten trinary codes are powerful summonings, conjurings, and transmutations.
"Lord Meatpile" was a Warani diplomat who rejected the notions of his people and opted to sustain his mortal form well beyond its natural span by using various methane distillations and hyper-jewel-laced linen strips. He gives off a foul odor that discombobulates lesser beings. He has only awoken when the Mongrelmech refugees violated his crypt and so when the party next meets him his full strength will be apparent. His true name is scattered throughout the crypt in 37 syllables inscribed on voxel cubes that float randomly on æther drifts in the complex; one could conceivably piece them together but if it were done randomly it would take many many human lifetimes
He has done this himself 6 times but he often forgets and so may undertake it again soon
His 3 arms and legs are immensely powerful and his intellect is fogged by undeath (at the moment) but he remains formidable and cunning nonetheless
Posted by Noah S. No comments:

My Former PC's Death was a Blessing

He didn't make sense anymore
Too many feats
Low SAN
Arrow to the knee
Voluntary corruption
3 different patrons bonded at low level
I'm glad he's dead and I feel nothing. Years of play and no emotional connection whatsoever 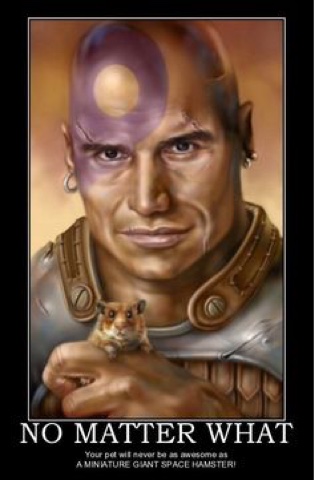 I'm glad he died.
Posted by Noah S. No comments: