I pre-ordered the Gangs of Commorraghkkkkytjkjl from my club +Beer and Bolters 40K . Not because I dig on Dark Eldar, but the fluff is kind of cool and I need to stretch my wings a little now that the airbrush is arrived.  It's because it seems a distant offshoot hybrid of Necromunda and that Tie Fighter game, and for the price you get some nice models. Also, I'm not a great painter and my experience has mostly been basecoat/wash/drybrush highlights, ink wash the flesh, yadda yadda yadda.  Picking a new army or force would allow some different finishes and looks that might prompt me to do some new stuff.  I guess, in short, that I am bored at the moment with Space Marines, Sisters, and Imperial Troops generally (you might remind me that I am taking my sweet time with the Genestealer Cult - more on that, later)

The models look great! 😍  The terrain looks hideous 😲😒😒 Note: I don't expect much when I pay 45 bucks for 16 figures on stands with all kinds of cool options 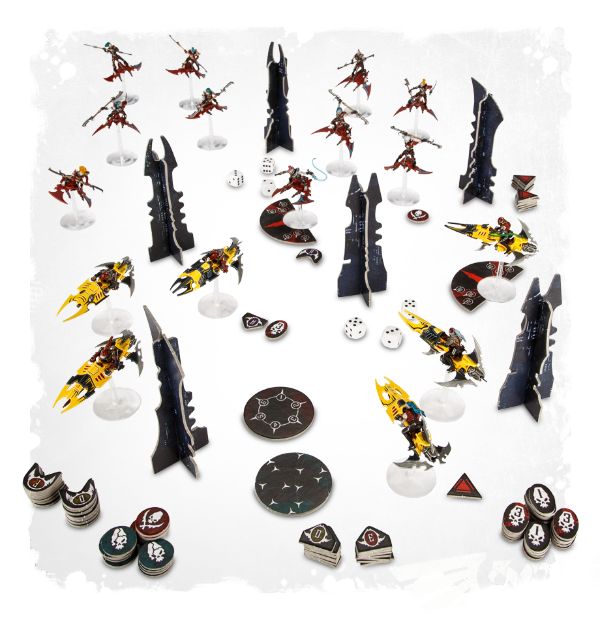 Anyway, I thought of a pretty interesting 1-point perspective trick that I can use to make a 2x2 foot game board for my High Speed Pain-Addicted Perverts to zip around on, and in addition to this it will give me an excuse to make terrain that fits the bill.  I'm thinking a long drop into nothingness, clouds, some faux brushed metal towers, skulls, and polyfill.  More later, but this inspiring thing out:


It occurs to me that the Haemonculi and the retinue of the Archons are pretty cool; maybe I will try Dark Eldar out in the coming year... Need to practice my hideous runes and evil sigils!
Posted by Noah S. No comments:

The Curse of the Nutcracker

(I watched my daughter gleefully pull a princess ballerina this morning, and I remembered this post from right before Christmas, which languished and had its roots in Candy Land, Uncle Wiggly, Ballet, and The Sugarplum Fairy. I haven't the steam today to gussy it up with pictures and links, except maybe a header image to grab your attention just so) 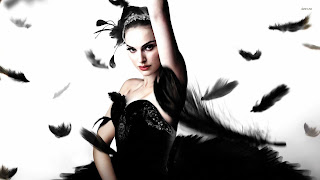 So, I'm a fan of +Kabuki Kaiser's Castle Gargantua.  Why, you ask? Well, you miscreant (today's favorite word, HO HO HO), it's because it presents to us a very interesting opportunity in the form of a hybrid of linear AND ALSO non-determinate adventure. It's a practically procedural way of doing an RPG session.  I used to wrassle, existentially speaking, with the Quantum Ogre and the Railroading of players... (link around here somewheres but meh - don't break my stride internal editor)

I think Castle Gargantua allows us to sweep away all of those concerns about placing my most-wished for bad guys into an adventure, or especially snarky puzzles, or twisted role-playing scenarios.  That Quantum Ogre is only Gargantua, and if you make it to the end of his Castle, then YES, MISCREANT, HE IS THERE!  Otherwise, his presence is felt all over this place by virtue of this pile of toys in the box which you YOU the adventurers will pull out, and your actions will not only impact the course of the adventure but will determine it to the largest extent.  Patrice solved a very vexing problem for me, in that if I have a Great Idea, then I will want it to be in The Game.  BUT, I don't want to make the games all about my Great Ideas (which are really only Better Than Average Ideas), but about the narrative that develops from the world we posit together and the interactions of the Players with Me and Each Other, and their PC's interactions with The World...

Castle Gargantua has a linear, candy-land style track for the overall plot, with each square having a flavor and gold squares (relatively rare) have special keyed areas.  The layout is chutes-and-ladders/snakes-and-ladders style, with some squares taking you back farther from the endpoint.  Everything else is procedural i.e. based on dice rolls and prompts. Note that the solo adventures Ruins of The Undercity and Mad Monks of Kwantoom have somewhat similar approaches. (Insert a link here to that article about Mentzer's dungeon philosophy which literally went around yesterday and meh, there's more editorializing, Superego Me).  As a notorious low-prep, shoot-from-the-hip DM this is perfect for me, and probably why I like Caste Gargantua so much.  I have tinkered with an Illustrator CS4 file to have a similar track that you can fill in yourself, and when I get it finished

I sat there a few weeks ago, my Kid in my lap, my Kid who was absolutely absorbed in the abstract communication of a story - The Nutcracker - that is done primarily in the World on the stage, the Music (overarching and eternal!) and the Dancing and Costumes.  I see a dance, but I make a Battle between little Men and ferocious Mice in my head.  My daughter may get some of that, but I think it could be ably and truly conveyed in a Role Playing game, and for at least two years I have said to myself "ehhhh, that would be fun to play around in, maybe". But I haven't the momentum to do it unless things slow down some, which they have (obviously).

NPCs:
Herr Drosselmeyer/The Owl - A wizard/Conjurer/Tinkerer.  Also, a Shapechanger.  His forces are always at war with the Mice and the Mouseking
Clara Stahlbaum/The Sugarplum Faerie (my daughter has conflated the two, as I would expect from a little girl, and also I think it's canon in some versions, and also I believe that multiple personalities and avatars are clever)
Fritz Stahlbaum, Petulant Little Brother. Maybe the Mouseking! Maybe a Tin Soldier. Maybe both, since it's a fairy-tale
The Nutcracker/The Prince/Herr Drosselmeyer's Nephew - rightful ruler of the Land of Sweets, cursed to war against the Mice until the spell is broken
The China Doll Vivandiere (I insert her since she was a fun NPC from a session of Castle Gargantua - a gift for Clara at The Stahlbaums' party). A wind-up china doll, a dancer, a creation of Drosselmeyer? She loves children, is fantastically naive, and practically indestructible except for the obvious blunt object problems.
The Tin Soldiers, and their Leader (as yet unnamed, something butch and warlike, but pragmatic, hubris, etc.)
The Mice and the Mouse-king (the Mouse King needs to be a DCC Patron, IMHO)
Rats, Big Mean Ones
Snow Crystal Faeries, and their ruler the Snowflake Queen
Various Candy Land entities, a somber and depressing version of Princess Bubblegum's candy kingdom but then The Prince returns.

Breaking the Curse ought to split all the separate individuals from their respective twins, and put reality back aright and hopefully no children are permanently affected.

Why does Drosselmeyer war on the Mice?  Because he's an owl, also.  Why is Clara tending the Land of Sweets as the Faerie? She assumes the persona of the Sugar Plum Faerie in her sleep, I don't know.  You really gotta assume some kid-logic, here.  I tell people all the time that the logic of children - the logic of faerie tales and mythology - is not always clear from a rational, adult, stand point, but often it is entirely consistent and sound.  The fact that it is un-informed in real facts and information is nothing to the kids.

I will write up the Mouse King as a DCC patron, later.  I will post the customizable (whatever that means) illustrator file for the game-board style track when I work out the best format and layout.

FOR NOW, BACK TO WORK, YOU MISCREANTS!

p.s. +Reynaldo Madriñan is  very nearly much closer to releasing his RPG BREAK! which I think would be terrific for something like this, but hey we shall see. My daughter has expressed interest in Sailor Moon, but frankly it's too scary for her just yet, so we're scoping out Princess Tutu and it's maybe exactly my interpretation of this in anime form...

Muties and Other Scumbags

Well, I've been sitting on a pile of lead for a long time, and it just got bigger. So big, in fact, that it's one of those things: I'm not sure, anymore, that I can git her done.
I'm sort of at the point where more figs await paint than I have time to paint and so maybe I need to make some decisions. But! I did not lose all motivations between then and now, and some progress is made... BEHOLD! Muties, Gangers, Monsters, and some scumbags, also.

My home table now has enough gangs and critters and low-life to run around in the hive as a prelude to some serious Sisters/Raven Guard (my updated Dark Angels are converted to a Raven Guard successor chapter called The Storm Crows)/IG/Genestealer Cultists action...

The Epidemic of Hive Quintus? Karloth Valois moves lesser gangs against each other in a prelude to the GS/Nurglite/Tzeentchian uprising, stopped by an Inquisitor of the Ordo Sepulturum (frankly the most bestest named Ordo, IMHO)

Maybe I need some Nurgle cultists to go with these Genestealers I am finishing?