An Asemic Dungeon: A Cut Up or Something

I have said these days that I've internalized so many dungeons, so many room descriptions, so many awful terse prose prompts for play that when I think "dungeon" it is fair to say mine looks a little like yours, probably, but maybe more 4-bit, more hard-edged, less organic and impossibly cluttered with other peoples' ideas. Reading a great deal of surrealist/dadaist things and of course, im no magician. my dungeons look like the hellish pits beneath Alpha Complex wherein sulky robots go to fret about irrational numbers and their unhappy inability to taste things. Above, the infrared citizens go about their dull routines and every so often an adventurous young clone peels back a ventilation grill and vanishes into... the aether? Ur-Space? The Dungeon Dimension? the arthaus Ravenloft's weird sprawling undercity? Yes. all those places

I cannot escape what is mine and what is theirs and so I have but a scratching of some of mine into the machine and i press GO and I hope for the best. Mine would be tedious and so these are tedious, but at least I cannot be held accountable for what a machine produces (for example .various automated car manufacturers would deny culpability for deaths caused by their algorithms and so I declare myself not responsible for the deaths of any PCs or NPCs that may venture into a thing I might make with this code). There is no sense or plan, only whatever semblance you inject. I named it the first interesting thing that it made, and so let that be your guide.

LEVEL ONE: PLEASE GENERATE YOUR OWN MAP

LEVEL TWO: PLEASE GENERATE YOUR OWN MAP OR NOT
LEVEL THREE
PLEASE TRY MAYBE DONJON.SH or SOMETHING
HERE, the map spreads out into immense caverns dotted with laser-hewn rooms and laboratories, with flickering overhead lights and coolant pipes
Trillium is an alloy that negates approximately the same amount of volume of mass in the calculation of an object's weight. It is not dense, and so a trillium-inscribed object, or an object with trillium workings, will weigh much much less than normal.
I am not recalling what a Skum or a Mant is. I think they are from Gamma World.
Go forth. I have some code for maps, but they don't turn out very pretty and so you would best be served with a full-featured random map generator, or somebody like Dyson or something.
Posted by Noah S. No comments:

On Parasocial Relationships: a quandary

There are things that are timely. Timely parallels that make us think. I find as the weather cools off, I love to go out at night and just piss freely into the night air, because there is no fear of being seen, no fear of offending, no fear of getting piss on anybody. Somebody could be hiding in the hedge, but if you come sneaking up to the hedge, getting pissed on is (in some places) the least thing you need fear. Other things are timely: I have a reaction to this pearl clutching about decorum and the moral high ground and let me just tell you: decorum is the tool of oppression. They tell victims to be easy, to go gently, to not stir up the pot. Lets not act too hastily, my dear, the guy has always been nice to me and after all, he's the President! If you bring these allegations to the public awareness, they might damage his JOB PROSPECTS so here's a fucktonne of money let's just avoid this whole unseemly business, shall we?

The word sigil... has a long history in Western magic. The members of the Golden Dawn were perfectly familiar with it (″combining the letters, the colours, the attributions and their Synthesis, thou mayest build up a telesmatic Image of a Force. The Sigil shall then serve thee for the tracing of a Current which shall call into action a certain Elemental Force″) and it was used in the making of talismans. The sigil was like a signature or sign of an occult entity.[4]T

Well fuck a bunch of that fucking noise. If you see a bad actor, don't be a broken stair. Say something and say it fucking loud and plain so we can end this MF cycle of intergenerational abuse.

The same parasocial relationship I have with Trump that I had with Zak: also a manipulative abuser from what i have heard and experienced. I turn and find a sinister intruder at my very pleasant picnic... again... I hustle the motherfucker out  HIT THE ROAD YOU VACUOUS NASTY CUNT...again... I turn and there he is, his dumb rich face and loud fucking mouth leering at me and my friends the way that certain songs on the radio can be cool once or twice but then you’re all O SHIT ITS HOOTIE AND THE BLOWFISH AGAIN LEMME TURN THIS B OFF and you turn the channel and HOLD MY HAND but like it’s titties and blood, or like the windswept entitled loud fake hair of a tantruming 80 year old man who just knows he's right he went to all the best schools LIKE ALL THE all the fucking time on every fucking channel until psychically and spiritually and magickally in a sigil sense like Austin Ausman Spare sense I’m punching his mouth until he’s not in my head and every so often someone comes along and like O MAN HES ALWAYS BEEN NICE TO ME or HES JUST TRYING TO DO HIS JOB or NANCY PELOSI IS JUST AS BAD 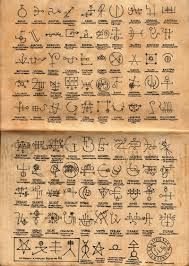 He comes down the golden escalator, sniffing, high on his own power, encased in an aura of psychotropic alkaloids, giddy with what he has done, with what he can do, the crowd fucking loves him. he doesn't give a fuck for any of them, except that they spread the word and cheer his name. he would just as soon shit on you as look at you, or casually murder your whole family so as to quicken a favorable real estate deal.

Zak was a sinister force in my opinion and an active part of the dismantling of a nice community I enjoyed, but Trump is infinitely worse because he has real power and no redeeming features whatsoever. Zak is a talented artist, a powerful magician, a superhuman android, and (some friends have told me) he was always nice to me.  Well, not me, he was a bit of a cunt to me personally. But to them. But I react the same way that all people who have experienced trauma react when they get that smell of danger from something of a certain type the heart rate quickens eyes dilate breathing deepens and your LETS GO MUSCLES get up and got up and went and suddenly, suddenly, you're typing at someone at 3:00AM like JESUS FUCK PLEASE I CANT HANDLE TO HEAR OR THINK OF THIS MANIAC ANYMORE PLEASE FUCK OFF OR I WILL DESTROY EVERYTHING it's a kind of psychic pressure I don't imagine is easy to convey well

Now: is the problem my parasocial relationship with the imagos of these villainous persons?, or my inability to protect myself from intrusions? perhaps: My lack of mindfulness about controlling my reaction? Or is it that these insidious motherfuckers have gamed their respective systems so that they are sometimes literally unavoidably present in my otherwise happy-go-lucky headspace? Something deep in the code of social networks makes this worse sound thinking people must agree, yes, but I argue that people ought not to be able to get authority by having bot networks or friend networks increase the “validity” of their ideas by raising the rate of circulation of their ideas which is definitely not the same thing.

Both those motherfuckers understand these concepts at the bottom and that’s why they have perverted our micro- and macro-communities and there’s the rub. When this trying time has passed, if it passes, recognize that conflict of ideas is valuable and can be productive. Conflict for the sake of page hits and money is a scam and how empires are eroded. The difference in knowing how to game the game for profit and playing the game for the sake of play and goodwill toward fellowmen and -women

Don’t fucking believe me? Watch the fucking news. The Empire mirrors the decrepitude of the Emperor until finally everybody bows out - THIS IS NO LONGER PRODUCTIVE SHUT IT DOWN

Godspeed to Justice for all motherfucking abusers and oppressors and gatekeepers and those who pervert power for their own interests, even if they have gold toilets or went to Yale or claim to be republicans or anarchists or I don’t know just fuck the whole thing. You may say YOU HAVE CONFLATED THESE POOR PEOPLE but yes, it's my fucking website and should I prove to be mistaken in the grand scheme of things, I will retract my comments and apologize and please sir to recognize this is my ART and art is unassailable and beyond critique when it's making an artistic point and nobody can fucking question me: who the fuck do you think you are you little miserable nobody? I'm an artist. An artiste. Look at all the gilding on this page: that's MF art you peon nobody your opinion is shite. I'm drawing attention to useful parallels in the public personae of popular figures with whom I imagine I have an adversarial parasocial relationship and so this is just pissing in the dark and shouldn't be construed as impacting any REAL people, only the hilarious images they present in the ideosphere 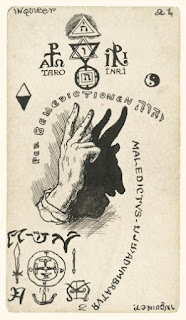 Joesky Tax: go fuck yourself, no offense it’s not that kind of rant and I have no interest in salving your wounded ego if this pertains to you but. Man, I was going to talk about sigils and Austen Osman Spare and how to work the works INSIDE THE WORKS and maybe i ought to lay off the covfefe and take my meds, but I got sidetracked. Something about sigils. Sigils. You should check that shit out. It is deep magick and even holds up D&D in a way: you dream a thing and it becomes a real thing for you by gradually taking shape in the world, and the squiggles are there as a reminder until you forget what they were for and why your lovely emerald city situation turns into a bedraggled, rotten, hollow mess and if only we could have foreseen this lamentable situation

Totally not related, here is my anti-trump/anti-cultist rant but like i hung Zak's Trumps dumb persona on it because he was an easy target for me at the time. I freely offer it to you to turn into something for 5e or (better yet) Call of Cthulhu d20. it is chock full of unplayable Grant Morrison artsy-fartsy bullshit which would really make your players THINK and they could jerk off to it in private thinking about how great I am and my bevy of scantily clad sex-workers and how MAN i wish I knew those girls in High School but now I am successful they flock to me like a flock of heavily made-up vestals. 'Cause ART and ART is foremost and fuck goodwill in the community. Also, fuck trump and his whole crew of swindlers

Once again, I'm not attacking REAL people here, only the images of people. I'm sure he's a great guy in person. Plenty of people have said so! A couple of ladies and kooks have said he's a maniac, but nobody listens to them. They're nobody.