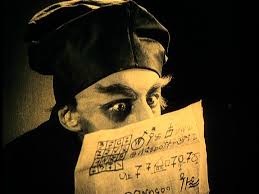 I have in my mind's eye: a fairly liberal, and rather confusing, kludge/tort/corruption for the magic system of DCC, but rather than write it down sensibly I think the basics might be best described in broad strokes.  Since +Arnold K. released his magical heartbreaker the other day, I find I have thunk a great deal and read a great deal of RQ2 and Ars Magicka (thanks, O beardy ones) and other, less honorable systems.  Much inspired, I suppose by catching Jonathan Strange and Mr. Norrell on Netflix this past month.  That and lower back injury is keeping me from participating in gaming but much focused on the aethereal realms between my ears.  It seems to me that DCC gives much in the way of the randomness of magic, but less in the way of the Mastery of it, aside from the way a higher-level PC may game it some

1) Vancian Magic, wherein you are limited by your intellect in the number of spell levels you may 'contain' at any time (6 plus your Intelligence bonus at any time, say?). These are lost upon casting, since each version is a different magical concept or critter in your head/soul/whatever
2) you may own and select from any number of spells, contained in your Grimoire(s), which can be stolen from you/lost/destroyed- a disaster and therefore make ye a lab/stronghold and hire thugs and grow guards in your lab, or make deals with things
3) you may develop your own versions of DCC spells after mastery of the original - this increases DCs, obviously (duh!) 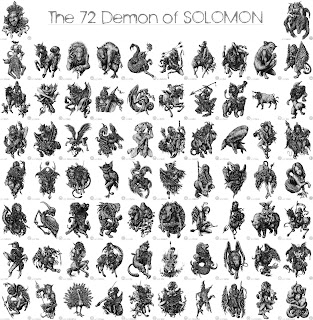 4) there's pacts with things; you can bind fay/demons/spirits/elementals/FF style-Mana.  Calling upon these require spellburn of high quantity, or else sacrifice of victims/treasure. As many pacts as Intelligence points, let us propose? And each represents an actual drain on your (choose 1) Intelligence, Luck, Personality? Permanent while in effect, let us propose. That is, the drain affects you as long as you wish to keep the bond in force.  These kinds of loses only heal when the being is released, and some particularly bad ones cause permanent damage

5) alchemical formulae (requiring a lab and spending of loot).

6) Runes a la Runequest from the days of yore - so magicians can be rune-binders, also. You would be advised to check for Death Runes affixed to doors since this was a very common trap in RQ
7) Wizards have access to spells outside of the DCC lists - these work just as described for Crawl! magazine's OSR spells system i.e. the casting roll is 10 plus 2 times the spell's level.  I am inclined to raise the corruption range for these to be equal to the spell's level, also
8) you start with whichever spells you wish, with the restriction being 3+your Int bonus in LEVELS, not spells.  that missing 1 spell is Read Magic, so you can acquire new spells later and often
9) the Spell Duel system needs some tweaking - I think I posted to a version on my blog a couple of years ago
10) affinities a la +Gavin Norman  's excellent Theorems and Thaumaturgy for Labyrinth Lord (can't be bothered to look for link grumble grumble you will do as your heart suggests)
11) Gorgonmilk's +Greg Gorgonmilk excellent Vancian Magic Supplement - alas, it hath Vanished! Perhaps you may supplicate thyself to him for a link to a thing he has on Lulu but be warned for Gorgons have bitter milk and it stiffens the joints
12) All spells must have mercurials - none of this BS 'no result' result. I would allow the Purple Planet mercurials, your own themed mercurials, whatever. Smack a 're-roll' or 'roll on such and such table' right where that  'no mercurial effect' result is
13) I have this 'Dealing with Demons' document compiled from White Dwarves of Long Ago but you can't have it at the moment since I never give magic unless the price is terrible and far outweighs the benefit, and this one is bad news. PM me for a special one-time offer. Include your True Name, and the True Name of your romantic partner, childrens' true names optional
14) Essentially, I want all DCC Wizards to be time bombs of Chaos and awfulness, unless they take a pedestrian and predictable Lawful/Neutral path in which case they are boring and not as much fun.  No such thing as a vanilla wizard.  You ought to aim at specialising/theming between your funnel and your appearance on the scene as a Wiz 1, (note Specialization is Level 2 in DCC!) and so choose your list from available spells on hand in your real world and you are responsible for the rules and we will adjudicate
15) let's assume that OSR spells are on some logarithmic standard so that a AD&D Wish is a level 5 or maybe even 7 for DCC wizards.  This assumes that all OSR authors have done their homework in estimating the level of their spells! heh heh heh)
16) Maze Rats makes for some amazing random spells. Amazeballs.  Find it.
17) Ars Magicka has the thing divided up into effects.  Maybe each effect/rune/circle stacked onto your spell to describe its effects makes a exponential increase in the DC to cast the spell - So Prismatic Spray of Ibn Al Urad (1d4 damage x Destroy x Body = 2x2x2 for a DC of 8).  Something like that would probably suffice.  Don't forget the mercurial!
18) As many Patrons as you like, but be reminded that Patrons exact a heavy toll for help.  That's the point.  I am not often as stringent about this as I should.
19) This magic system assumes strict records of time are kept, since Spellburn will be a serious problem to contend with.
20) every really dangerous spell (to others) ought to have dangers to one's self.  Drawbacks encouraged - Ghastly Affair does this well.
21) I think I have recommended the supplement for LL called uh, Realms of, uh, shit Realms of Crawling Chaos by +Dan Proctor  and +Michael Curtis  almost since the inception of this blog.  Everyone's hands quiver when Detect Magic is cast, not in anticipation but in trepidation.
21) reroll twice, apply results, discard 'No Results' results and roll again.
22) needs MOAR Alchemy 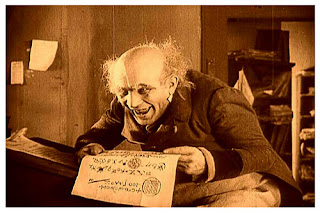