Review - House of the Red Doors for DCC

TL;DR:
Overall - 4.8 Hapless Henchpeople out of 5
art - 20/5 buy it now you mook
fun - 4/5 (numerous unlucky deaths, possibly receptive sexual partners turned off of RPGs entirely)
tone -  3.14579 out of i, beautiful and you may actually be doing a tarot reading on yourself while playing (don't/very much DO play whilst intoxicated)

In a fever dream, or maybe awakened with anxiety in the witching hour, I fumbled in the dark for my glasses but found the hard copy of this instead. I recalled kickstarting it, and losing track because of 'zinequest but there it is. Did i put it there?

These days, when I read modules, i'm usually in bed, hunkered down, ready to fall asleep. This'n's no different. My eyes don't work so great. They tire easily. I desire to read things digitally but frankly, digital sucks. This DCC module came in the mail last week, or maybe right before the 'Rona struck. It sat in the DONT TOUCH pile or something, because, corruption, you see. So i forgot about it. I'd looked through it already when the digital version arrived - must have bounced off my tired brain. Intrigued, yawning, i fell asleep without grokking fully. through the gates of the silver key etc etc


This one, this "The House of The Red Doors" by James Pozenel. I like it. I think we used to interact on the GeePlus, maybe?. I kickstarted it because it's a solo DCC funnel, something close to my heart. Interestingly, not solo as in "I play masturbatorily by myself" which mine is, but rather "We two people play you through this module and I am the DM and you are the player." I don't know if I will ever use it, but I like it. I like it inspirationally. I like it for a number of reasons. Maybe I will play it with my kid, but right now it'd be too scary for her, in my opinion. She's 6 and runs out the room when the tarantula shows up in Animal Crossing (BRB got an idea)

Anyways, this is great. Dreamy. I mean dreamy as in "relies heavily on symbolism". There is some amazing Doug Kovacs B&W art for Lotteria-inspired images. Not quite Tarot/not quite Archetype. The player is meant to pick up clues at the start, maybe decide to adhere to an alignment, and follow the prompts in the narrative to get either killed (medium likely), bad-choice out (fairly likely as a frequent possible choice), or "win" and become a full-fledged character candidate. You could come away with some cool stuff (a mirror, a knife, a holy symbol), maybe better stuff (for example the deed to a whole haunted castle!). It's evocative, creepy, dreamy, rife with Appendix-N symbols. There is even a Bull-Headed Clockwork Bird thing as a monster. All the DCs for success are fairly low - in the DC5-DC8 range, as befits pre-heroic nobodies slinking away from the pub one night to take a stab at a better life.

Worth buying for Kovac's and Poag's art, alone, the prose is pretty good and a great model for short adventure design. Fairly linear, with meaningful choices in the scope of the narrative. There is even a score sheet included for the Judge's ease of use, and it would be handy if you were trying to run it as a tourney (which is suggested). I like it so much that I would probably steal the idea and re-write similar, limited scenarios for certain classes. I've had a follow-up for HHSOLO1 in my head for thieves for a long time but it's too tangled but this is great bite-sized game for two lonely (or quarantined!) people. Love the art, Stroud's fingers are in it, Teigler's too

Run don't walk. Seems to me you could internalize the whole thing except the faux "reading" and use it to introduce curious passers-by. I geas thee: now go and retrieve it and get thee from my site

So we got Animal Crossing : New Horizon

It's a real cute time suck. That's pretty much all it is. It's adorable. I can't think of anything more adorable, except maybe Golden Sky Stories. I hope that it gets some more involved modes, but I am not too hopeful since it's pretty nice to just poke around a little community, fishing and gardening, not doing quests n shit. The biggest dangers are wasps (which sting your face in a cute way) and tarantulas, which send you back to your house. Absolutely no penalty for "failure" states, which this game doesn't even really include.

I had in mind a Stardew Valley/Dungeon Crawl Classics mashup a couple of years ago, with fishing and friend making and delves into the dungeon. Daniel Bishops Faerie Animal class is very suggestive in this regard - in fact I just purchased Gnome Jambalaya and may run it tonight for friends. That's going to need to be later, after I finish running these chores for this nefarious Raccoon Taskmaster (n.b. he's a Tanuki. A Tan Nookie). The little Gnome by Yves Larochelle from Crawl #6 has a gnome which is magical and might fit right in but an Animal Crossing Halfling might be pretty great thing to run with.

So there's a terrific little couple of integrations with previous Animal Crossing games - mobile ones and DS ones. You can scan designs with your iphone Nintendo Switch app, and integrate them into your game. I'm pretty new to it, but here's some of the shirt designs I've cooked up via this wonderful site that generates QR codes for scanning. If you hold your Nook Phone app up and scan these, they'll be available in game for you. 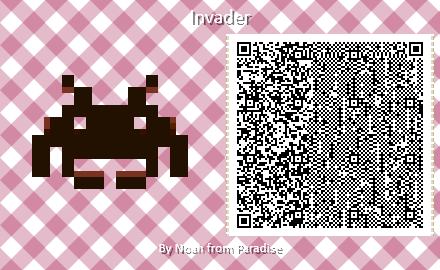 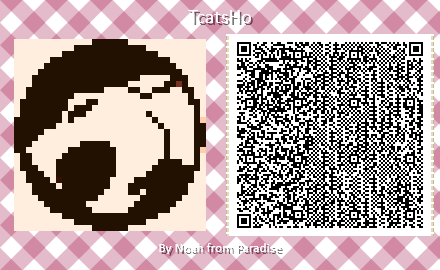 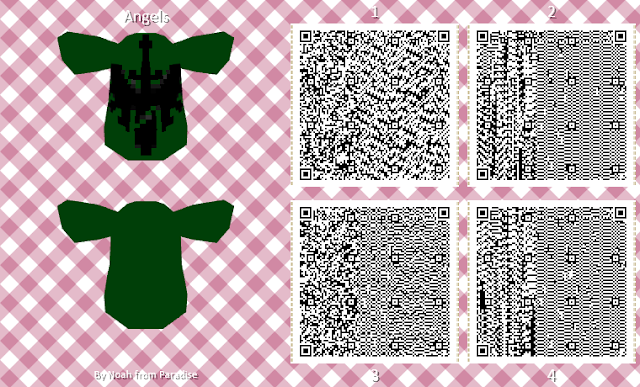 At one time a thousand or more runes, spells, incantations, curses, and sorceries had been known. The reach of Grand Motholam—Ascolais, the Ide of Kauchique, Almery to the South, the Land of the Falling Wall to the East—swarmed with sorcerers of every description, of whom the chief was the Arch-Necromancer Phandaal. A hundred spells Phandaal personally had formulated—though rumor said that demons whispered at his ear when he wrought magic. Ponticella the Pious, then ruler of Grand Motholam, put Phandaal to torment, and after a terrible night, he killed Phandaal and outlawed sorcery throughout the land.

I'll give you a shout out on the brand new Hapless Henchman podcast if you toss me back a description of one of the spells below, spat out dutifully by the chained daemons I have crammed into Tablesmith. I really love the idea that players don't just cast 'Light' but rather 'Emirikol's Lingering Burst of Photonic Energy"and that sort of thing. Anyways, this is a jumbled up mess of a couple of original tables and a couple of built-in ones, plus maybe the old Maze Rats 1e magic system?

I don't know. I should better document my torturous researches.


Check my smooth and sultry radio voice at: