I picked up a couple of Reaper things since for a while I was walking around with a few Wolfmother songs in my brain. I got a Female Efreet since I couldn't find a nature giantess for Colossal Girl. And I made a thief for myself from kitbashed bits n pieces (Imperial stuff, I guess, and a couple of things from the Frostgrave cultist set) for "Joker and The Thief" and up in the air about a Joker character from say Knight Games or else maybe just a classical harlequin or something...

Anyway, it got me thinking - playing around with my 3d printer has just about killed my need to buy 40k stuff, since effectively I could print, in a long time I suppose, whatever 40k figs or terrain or might want. I was sort of thinking about doing some vehicles but, probably, I will never again play 40k. I just don't have the taste for Grimdark anymore. Too much real fascism in my country these days for the bullshit fake small-f-fascism of the Imperium to appeal to me. And, I reflect, I have rarely had a good time playing 40k. I have had a good time HANGING OUT and playing 40k also, but it's not the 40k that was fun about those times. In fact, 40k is only my jam at about 500-1000 points and for that, I'd rather be playing Necromunda, and for that, I'd probably rather be playing something fast and sensible like Frostgrave. I dig the "desperate troops and last stands" of 40k more than the lantern-jawed-Ubermenschen they've become. I mean, you won't see any tubby SM getting blown away by pirate orky weirdboys, these days. Too serious by half again, wot

If GW wanted to kill it for me, they'd introduce some solo style rules for when I'm bored and tired but can't sleep. I KNOW I KNOW, I said that a new Necromunda would sell it to me, but they took all the wry irony and self-awareness out (no shit I find the tedious I JUST WANT TO PLAY NO POLITICS of the s/Necromunda to be piteous in the extreme)

Ideas for conversions - Miyazaki. I mean, have you seen the Temekulans? They were Spess Mureens before there were any. Just need a rounded conical helmet and cloaks and BOOM. I'm struck, now, by how much I was influenced in my late childhood by Excalibur, Knight Riders, and Warriors of The Wind. It's probably down to Miyazaki that I even like 40k!

Also, Stardew Valley - I just literally saw a Pig Cart painted up on reddit at lunch. The backstory of the wars that is hinted at in the game is fascinating to me.

I been reading a lot of Gang War NYC, and Last Days (made a review here, once, and it sits better with me the more I read it) and seems to me that a good thing would be side-plot cards for just about any game you might think of. I think the most interesting situations in 40k arose for me when we used Mysterious Objectives

Anyway, just getting this out of my noodle since I'm bored

I also got a couple of Blackwolf the Wizard's troops (including Necron 99) coming from my buddy Brian, who works the booth for Wee Wolf minis. He may BE Wee Wolf minis, but that's like saying Peter Parker may be Batman...

So I picked up some savage orc thugs from ebay and I will edo those up like Scortch-colored emutants. Need some viking style elves as opponents, but I got a lot of stuff on the back burner these days.
Posted by Noah S. No comments:

The Anarchist for DCC

I have thought about this PC class for many a year, since I always wanted to play one but never had the opportunity. Finally, bored out of my wits by a long break at work, I put the final touches on a thing that had been squirming around in the dark corner of my brain. It's for DCC, as if you couldn't guess.

Many many Thanks to Jon Stater, at Land of Nod. You may find his post that inspired this class at:
http://matt-landofnod.blogspot.com/2013/01/the-anarchist-class-blood-treasure.html 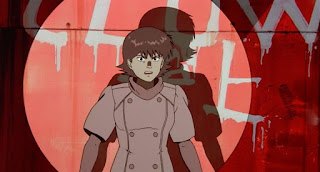 The forces of law are well-represented on Aereth and its various countries and lands. Kings, Lords, Ladies, Knights, Paladins, Constables, Mayors. All work to maintain the status-quo and the hasten the upward flow of wealth. Even the lowly Brigand and Pickpocket fulfill their own parts in the lawful flow by which society operates, distributing resources and supporting the vast clockwork mechanism by which all things live, labor, and thrive.
There are, on the other hand, some lawless and hateful agents that actively seek to undermine Order and to undermine the institutions that protect human- and demi-human-kind from the entropy inherent in the Multiverse. These despicable fiends conspire with each other to undo governments, law, and the hierarchical nature of society. They will only be satisfied when all sentient beings are equal, the world is free of toil and want, and the plowman has the same rights as the noble. Such crazed philosophies cannot be condoned and of course must be uprooted wherever encountered, in order to better protect the established systems that protect us all from Chaos.
Hit Points: Anarchists gain 1d6 hit points plus their Stamina bonus for each level of experience.
Weapon Training: Anarchists may use bombs (see below), daggers, crossbows, pistols, and short-swords without penalty. They may use Padded armor or the equivalent under their shadowy black cloaks.
Alignment: Anarchists are almost always by definition Chaotic, but there have been rare Neutral examples that work to topple Chaotic regimes. Lawful Anarchists are a paradox and no right-minded person would topple the government for the good of its constituents.
Languages: In addition to the Common tongue and the usual campaign-specific languages available, Anarchists have a language all their own, known as “The Black Tongue”. It is a jargon- and nonsense-rich mixture of gobbledygook that Anarchists use to argue fine points of politics and obscure details from outsiders. It is dense and impenetrable to the non-Anarchist listener, but insiders can convey very intricate ideas, thoughts, and plans using it.
Create Bomb: The bomb is a tool of disorder and lawlessness: perfect for bringing down regimes of all kinds and also for causing unrest and terror in the populace. The Anarchist has a “Bomb Die” that can be used, once per day, to cause damage as an action during the Anarchist’s turn in place of another Action. These bombs cause the die size in damage in a 5’ radius around the target as an Action usually would but are avoidable with a DC16 Reflex save. If the bomb is not used during that day, then it may be hoarded for use later. In addition, by reducing the die by 1 step (-1d) the Anarchist may add certain effects per reduced die size. These are:
1.    Area effect: the radius of the damage effect is increased by 10’ per -1d
2.    Smoking: the noxious fumes cause everyone nearby/in the room (including the Anarchist’s friends and party comembers) to Act at -1d if they breathe or lack protection from gaseous attacks
3.    Shrapnel: If the target(s) fail their Reflex save, they incur further -1d Reflex saves for 1d6 turns
4.    Poisonous: Instead of Reflex, these bombs cause targets to take Fortitude saves.
5.    Time-delayed: the Anarchist may opt for the bomb to explode up to 1 after activation per level, or randomly 1d6 turns after activated.
6.    Incendiary: all combustibles in the area of effect will be set ablaze, and the target will sustain 1d6 damage for 3 rounds after the first if it fails the save
Frothing Tirade: Once per day, should the Anarchist desire it, their hatred for lawful authority and intricate philosophies reach a fever pitch and can be fully expressed. Bystanders face a screaming, spittle-flecked, ranting maniac. Any person within earshot must make a DC 15 Will saving throw, with a penalty equal to the Anarchist’s Personality bonus. Those who fail will be stunned to inaction and confusion for 1d3-1 combat rounds. Sentient Lawful PCs and NPCs who hear the tirade save at +6, while Chaotically-aligned beings save at -3.
Shadowy Motives: The loose cabal of Anarchists DO have some ineffable plan, fretted over by their shadowy masters. No single Anarchist knows what these objectives are, though, and sometimes they even work at cross-purposes! Before the action of the session begins, determine the Anarchist’s Secret Mission by rolling on the table below (Table II: Anarchist Secret Missions). These orders will arrive by mysterious and unpredictable means. Should the Anarchist complete their mission, they gain 1d3 Luck points. If they fail, then they lose 1d3 Luck points and earn the irritation of their masters.
Single-Minded Purpose: The Anarchist may choose to re-roll one failed Saving Throw per 2 levels of experience per session. The second Saving Throw roll stands, even if worse than the first.
Moral Degeneracy: In addition to other skills, the Anarchist has thief skills of Forge document, Disguise self,  Read languages, and Handle poison of a Thief of equal level and alignment.
Conspiracy!: Owing to the depths of their perfidy, Anarchists are prone to make (and break!) multifarious alliances at a whim. Indeed, it may be their express purpose to do so the better to infiltrate all levels of society! The Anarchist receives a +1d PLUS their Personality modifier, for any Patron Bond spell cast on their behalf. Note: they do not receive this bonus to Invoke Patron rolls.
Action Dice: an Anarchist uses their Action Die for any normal activity, for example attacks and skill checks 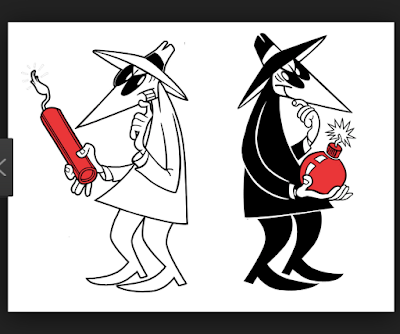 Table 1-4 1d30 Shadowy Anarchist Motives (sorry about the weird numbering! ANarchy!)
1.    Must befriend and protect the first to third (1d3) NPC met
2.    Must kill the first to third (1d3) NPC met
3.    Must pilfer the first to third (1d3) magic item encountered
4.    Must dispose of the first to third (1d3) magic item encountered (i.e. get rid of it)
5.    Must undermine/betray PC with highest Luck, 1d3 tasks
6.    Must support/assist PC with lowest Luck, 1d3 tasks
7.    Desecrate a holy icon or site
8.    Donate monetary aid to first poverty-stricken person they encounter, without being discovered
9.    Distribute radical literature to all NPCs encountered
10. Assist in causing a group to fail a morale roll
11. Fail 1d3 Reflex saves
12. Fail 1d3 Will saves
13. Fail 1d3 Fortitude saves
14. Destroy an important document (Judge’s discretion)
15. Apply poison to an important item (Judge’s discretion)
16. Pass communique to random 1st to third NPC
17. Leave an item in the 1st to 3rd area explored
18. Sabotage an important machine (Judge’s discretion)
19. Poison (not necessarily fatally) 1st to 3rd NPC encountered
20. Successfully disguise themselves to avoid identification by all NPCs encountered
21. Burn down a dwelling
22. Destroy 1d3 books (spellbooks and holy books especially)
23. Donate any party-owned (i.e. not-Anarchist owned) item to some random NPC encountered (Judge’s discretion)
24. Capture an NPC for interrogation
25. Capture or subdue a monster/non-sentient NPC for “study”
26. Successfully pass a forged document as real
27. Intercept a communication from a third party
28. Form a bond with a Patron
29. Observe a new (never before-seen by the Anarchist) spell
30. Deliver a Frothing Tirade to more than 1d20 targets

If you prefer the easily-portabled 6x9 version, you may have it, here.
Posted by Noah S. No comments: