IRON WITHIN : IRON WITHOUT

It is clear that this sector's secessionist tendencies is due to a deeper underlying cause; some perverse machine at work under the surface. Under siege is all that is good and unites the Imperium of Man together, as if an Engine of Ill Will drives the machine unions to work against the Adeptii Arbites and the Astartes Soldier Brethren. 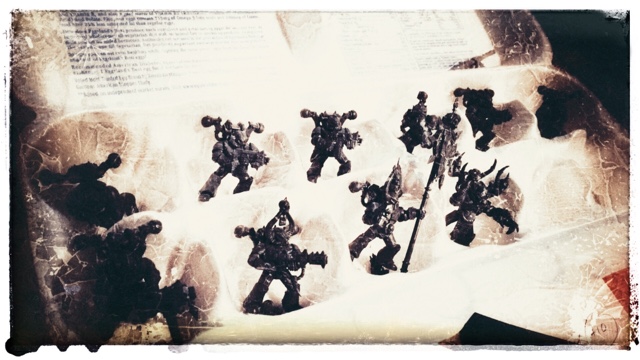 The cause must be investigated further and each face that comes to light will be voxcast.

NOTA BENE: This servant's eye units no longer work effectively and suitable cybernetic replacements are requisitioned from the Union storehouse. Please forward a surgical servitor and 2.5 drams of Kalma, as per the previously agreed terms.  The hands shake and perhaps the next requisition forms will include requests for bionic brush holders and magnification elements
Posted by Noah S. No comments:

i GET A BIT CUNTY ABOUT OTHER PEOPLES' SUCCESS and also when I'm drunk i'm prone to drink and leave the caps lock on and make wild inadvisable boasts like HEY THIS MOVIE I WATCH WHILE IM WAITING FOR ZAKS NEW BOOK TO ARRIVE IS AWESOME AND IT COULD INSPIRE A GAME. You may have heard about my irritating and time-consuming project to turn my awesome Space Dungeon campaign on G+ into a 2D fighting game or maybe not, fuck it, i'll provide a link so you can catch up... Go ahead.  No seriously, I'll wait.

Ok, all done? I know! It's a great idea to me, also!  This post is only tangentially related, but since it's my blog, fuck it, you'll have to bear with me before you get to CONTENT because INSPIRATION etc etc blah blah

So anyway, one of the things about Space Dungeon: IN THE MAZE OF THE CYBERLICH is that it's a 2d fighting game all about poor human schmucks and alien schmucks and robot schmucks against the Terrible Horribly Combo-Laden Powers of Evil with Awesome Hypers and so, like in my RPGs generally it's not about the PCs having a chance of winning I mean come on let's be serious this is totally power tripping, here, but it's like every once in a while your schmuck will win a round or score a terrific combo and you'll feel elated for a second and TAKE THAT MOTHERFUCKER and it's a lot like Call of Cthulhu without all that messy fucking around with Sanity scores.  I get plenty of Insanity at work, thanks, and sometimes I just want to beat some shit up with my body instead of my GOODWILL and POSITIVE ESTEEM

and so when I was lining up the Good Guys roster for this thing, I kept thinking about Cody and Guy and Haggar from Final Fight.  If you do not recall, O Phillistine, then let me remind you of the goodness that was the late 80's/early 90's in which my meagre mind was formed, sack full of quarters and a face like it was on fire and somebody put it out with an ice pick.  Double Dragon, Yie Ar Kung Fu, Karate Champ, Street Fighter, Mortal Kombat.  Yeah, yeah, I know!  No wonder i'm always picking fights.

Anyways, the Final Fight guys didn't make it into my heartbreaker SD2d game, since they were too normal.  But a byproduct of the search was that I found out that Final Fight was based on, nay a blatant copy of, Streets of Fire.

Where am I going with this?

Okay, here's the HACK-a-riffic wall of text you assed for

In BURNING ROAD, there are no classes, only Warriors.  Lesser people are there, obviously, but only Warriors come out to play. It's a Neo-Noir shitbag-stomping node-crawl, where you gotta get from this place to rescue that person/do that thing/get back with thugs on your tail. The world is an endless sprawl of wet roads, broken steam pipes, elevated trains, subways, and tenement housing.  Littered in between the fearful citizens' fruit stands, diners, and watch repair shops, there are juke joints and maybe some newspaper offices. Everybody's come back from the war, and it feels like the 50's.  There's pompadours and poodle skirts and it's not like diesel punk, I guess, but maybe if you want, fuck it I don't care.  I guess it begs for lasers and big robots eventually. Everything happens at night but there's no reason why, that's just the way it is, see? Or else there could be aliens, I don't care it's your game. 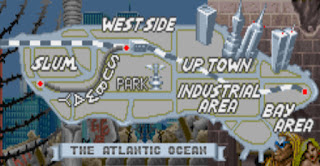 You get a couple of Moves - these are Mighty Deeds, but you gotta name them up front.  One per level, plus one.  That makes two Moves at level 1.  In all other ways, you're a standard DCC Warrior.  There's small arms and you can choose those as special Lucky snowflake weapons if your group does that, or you can pick a baseball bat, butterfly knife, switchblade, broomhandle mauser.  Something genre appropriate.  For Moves, you get two Deed Dice and pick the best so it's pretty unlikely your Moves won't go off

You spend Luck like normal, but any time you get a breather, you get 1d3 Luck back and 1d6 HP. Any time you get a shot of Whiskey, also, or get romantic with a attractive member of your choice, or have a heart to heart about the past with a pal (even in the midst of combat) 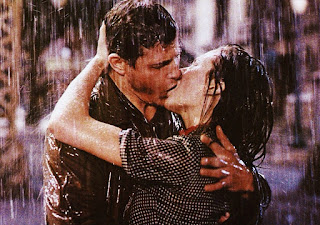 Any in-game dialog must be somewhat irritable and hostile and passive-aggressive, and use the slang of the 50's which I am not gonna look up for you, doll.  If you don't use it, you lose that next combat's Moves dice, even if you're in the midst of combat, buttface.  That's a Biff Tannen reference.

You can choose to be a Lone Wolf, a Band member, or a Ganger. When I was a drunk last night, there was some benefit to these but I lost it between then and my current state. Lone Wolfs can give away Moves dice or keep them; Band members improve dice chain on actions when with bandmates and coordinated; gangers get Thief Luck dice when with gangers of the same gang and can subtract from other gangs' rolls with those (trying to avoid too many old mechanics but keep same principles). If you're by yourself as a Band Guy or Ganger, go find a chum.  Some Moral Advantage for Lawful, and Intimidation for Chaotic, and Neutral characters can pick
There's something about colors.  See: Dick Tracy, any modern noir film, Dark City.  Streets of Fire actually has a lot of great examples of what must be gel lights on steam vents and it's beautifully shot and a nightmare of dialog but the writing is pretty spare and straightforward. I'll have to return to colors in scenes, or leave it out, I don't know.  It's formulated in that compartment in my brain that had a lot of bourbon last night.  Red for violence (improved dice for everybody in combat); blue/purple for the same in sneaking; green for fear/terror (reduction in die rolls, little shop of horrors)
You only level up when you're travelling, or prepping for the adventure. All the action takes place in a night.  Nodes generated by the narrative;

there;s more, but the world turn monochrome and this headache does not abate and I will have more links for you to consume

+ramonthe3rd  has a fun and simple urban crime rpg thing that I might steal liberally some of the ideas - Fire Elixir, but I can't figure out where I found it, maybe from Reddit or something

Speaking of Reddit, it's a nightmare, but it often has treasure in the deeps, for example in this thread

also: THIS because, I mean, what the hell