Jumping aboard a bandwagon I think but I had this in the pot cooking before the current fashion. This is my table smith table sections for traps and features. Ought to be pretty self-explanatory except for some of the code. Started ought as strictly Moldvay Basic style, then added some from Kabuki Kaiser's RoTU and the 1e DMG

The intent is to keep them on their toes and give them lots of stuff to play with. It's DCC oriented at the moment with some 3.5 influence also
Peace be upon you

I don't endorse drug use, violence, pornographic literature, or anti-authoritarian thought patterns. Report to MiniLove if you disagree.

When the angels in the white lab coats moved in on Wayne R., hunkered down and thinking in a dim corner of G+, he said something like HEY MAN WHAT IF YOU HAD THE HOLMES BLUE BOOK AND ONLY ONE OTHER PRE-78' DEAD TREE VIRUS TO COOK UP AN RPG WITH 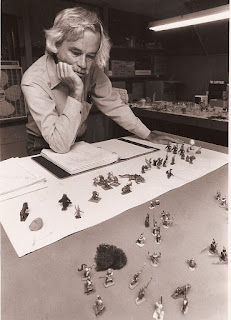 And then they clamped down on his ass real hard and trucked him away into a detox pod because, like, maybe he's too hard for the DR. J ERIC Holmes like Zach H. You gotta be suspicious of anybody that is THAT academic about a topic. Pedantry is a kind of substance but it stretches out the framework of need.  That's not what we're talking about here, man. Now, some cats on there like the BECMI and some push the S&W or maybe some watered down d20 but there is nothing quite like that Blue Colored Old Time Junk to make you think real weird and loopy. I know for certain that a lot of those dudes are into Klartesh and Fundo, and I even tried some Kovacistani Klartesh once but all it did was make me sleepy and watch Jodorowski movies.  At least, I hope it was a movie. Coulda been a Hollywood-type party or maybe an Actual Holy Mountain. Doesn't matter at the moment. FOr fuck's sake, focus.

So I chimed in IT SEEMS GOOD TO ME TO USE THE OTHER BURROUGHS, NOT THE APE-FUCKER ONE BUT THE NEED-FILLED APOMORPHINE TYPE

something about collapsing down your scale of need - like when you're hooked on the RPG junk, you don't tend to think in terms of rounds or turns or domains, but like where is it that a flesh-unit can grab the next fix of white hot imagination with pseudorandom integrals and a healthy dose of chance? IS ANYBODY UP FOR A GAME, AS MY USUAL F2F ONE WAS CANCELLED AND IM HURTING REAL BAD MAN

I propose a simple 7% solution: you really only need about a page or two of Dr. Leisure Suit's Blue Book of Infinite Delight. Other players are entirely optional and for our porpoises perhaps superfluous.

You could do away with Clerics: for there is No God but the God of Need and she won't hear your feeble prayers. You can do away with Magic-Users as PCs, since like no PC is empowered that way but maybe like every Magic-User is a NPC delivery man, on the top of the pyramid of need. No magic-using PCs means no need for a rational spell system like FUCK VANCE man, and FUCK SPELL POINTS, and spell levels. dUNGEON levels are okay, I guess, as a close approximation of the NEED. Everybody is a Fighter or a Thief, but you could pick other things as Holmes suggests if your group is into that.

You can do away with elves, dwarves, hobbits, and goblins and dragons, except the kind that are junk-based. There can be Dragons of Soma, Morphine Trolls, Cocaine Hydrochloride Carrion Crawlers. All the usual stuff, but it's not the real sort. Just real enough to be on obstacle for a bit.  All NPCs use d20s for their random hit points.

Every play session, you plan to have a couple of encounters. 5.  5 give or take. A smart move would be 1 or 2 for every PLAYER, at least 5. They don't happen in a temporally causal fashion, though. There's one key WILLIAM LEE and all the other PCs - maybe it's Old Bart the Fighting Man this time and a couple of versions of Benway or maybe a Machine Elf named Clyde 27 come down from the 5th geometry as an observer. SO like, there is never a moment's rest and you're always looking to score, but it's a problem.  You could be a trusty, angelic faced Linkboy, or maybe a shrewish ex-wife, or a man that fell to earth just yesterday. Doesn't matter

Your general physical health is not to be trusted, since you've worn out your health with constant experimentation and chemical and physiological upgrades. put the dice in a cup, close your eyes, grab one, and that's your Hit Die type. Or if you're really up for a screw-job time, you could maybe just roll a number of dice that correspond to your level. That's your HP so keep it close to your chest. Experts - real hardbit experts - use 1 HP per level and make it a point to sacrifice all the other people in the party.  YES I AM IN THE REAR OF THE PARTY WITH THE THOMPSON SUB MACHINE GUN AND A SCROLL OF FINGER OF DEATH. LET US APPROACH THE LAIR OF THE DRAGON ROBOT DISGUISED AS A HIPPIE TEA CULT JAZZ BAND

You're trying to score - it could be treasure, healing potions, whatever. There's always drama - somebody is keeping you from making it to Level 26 and back, you dig? Control most definitely does not want you to ascend with the amulet. A healing potion will most definitely take you above and beyond the maximum limit at least for this scene.

Each PLAYER plays out WILLIAM LEE the thief or fighting man (choose this time) of the appropriate level in turn. LEE gets one random mutation to deal with this game.  All the other PCs are chosen from a pool. Nobody plays the same PC twice but everybody gets to play LEE at least once. All the other PCs (NOTLEE) have two mutations and a secret agenda in addition to the NEED to SCORE. A mutation is a skill, spell, feat, item. Use whatever method suits your clique.

a Beat could be an encounter with a junkmonster, negotiations with an NPC, running from the FUZZ/CONTROL/BENWAY/THEM DARN MUGWUMPS whatever. A boss is a slighlty harder encounter with a vicious brute who is directly opposed to you scoring. Anybody whose random HP goes to 0 or who fails a save is put in the TURNED pile. whatever their secret agenda was, it's always going to be KEEP YOU FROM SCORING going forward. Post score reflection is mutual world-building, stealing cars, basking in the warm/cold glow/bite of the last adventure. Reincarnating dead friends, that sort of thing.

If LEE misses a Save or goes down to 0 HP for any reason, then LEE gets another mutation to cope with, and the encounter goes on to the next one unresolved, or maybe you could call it resolved if you want. The only way for LEE to remove a mutation is to score, or offset temporarily by trying a substance. If you try a substance, reroll a stat immediately. The first time, roll a d20 for your new stat. The second time, roll 2d10. The third time, roll 3d6. The fourth time, roll 4d4. The fifth time, roll 5d3. So it goes. You'll reach a hideous, bone-dry, withered average eventually no matter how good you feel at the moment. Everybody is/are/was/will be free to try substances because free-will and agency are to be respected except on days ending with Y

Never give anybody as much as they need, and never settle for enough since you don't know when you may be on the run. Always clean your gear and try to take a bath when you are able. It makes scoring slightly less difficult if the straights think you are clean.

Play never occurs in the same place twice.  Always move forward. The scene is very likely not temporally connected or causally connected to the last one. Every time a PC is played, except LEE, give them another HD, though. Experience matters, even if you were better off before.

I would expect if you fold-in or cut-n-paste a couple of modules from a few different systems, it might approximate an interesting experience that would feel jarring and unhappily asemotic at first but then it would be picaresque in a way that many OLD SKOOL fans seem to appreciate but rarely empowered to come close to. Nobody likes LEE or Cugel, but everybody wants to play him a while, eh?

I heard that when I left X the Mystic on the corner in Tijuana, she ended up dead 2 weeks later. Strange that we keep bumping into her in the Residential section of the INterzone, her eyes black and reptillian as microwaved coffee. All the other rules are as written in the BB but you could set it on fire and get a new hobby but once that RPG hits it's more like a rocket propelled grenade and less like improv comedy, heh? I can see you shake let me flow over and around you and keep your cortex warm for a bit. 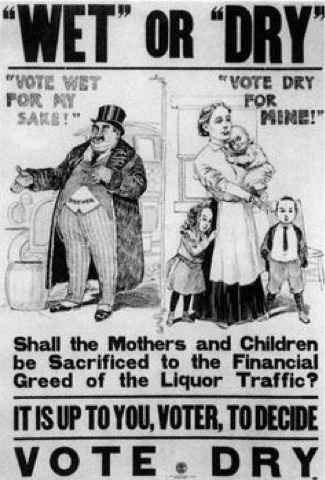