I'm impressed at how often I have random RPG thoughts pop into my head while I am waiting for the dog to take a deuce on our morning/evening rounds. 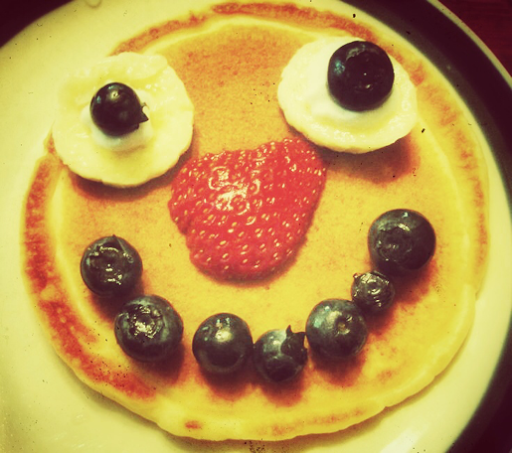 It's Father's Day. My kid is about 4, and since she could walk she has had a bit of an interesting habit, in that she seems to collect rocks. Not special rocks, as far as I can tell, just "nice ones". She almost always has a rock in her pocket when we are out and about. My compulsion, I chalk it up to 35 years of thinking about Dungeons, is to peek into sewer grates and open manholes and drainage sluices. We all have quirks, I guess.

My wife has a fish tank that she fusses over. A good honest hobby. I got to thinking, whilst I prepared to stoop down to pick up some warm dog poo this AM, what if my wife and kid were like offending the Natural Order of The Universe?

Tiny rocks are baby rocks. Rocks start out Old and Awful, mountains with roots and the millennia sheer and crumble them away to helpless infancy. My kid sees a kindred spirit in a helpless stone, and picks up good vibes. My wife has a 5-gallon waterthing that she checks its chemistry and ammonia and the 5 little souls darting around inside. A fish tank is a constrained body of free-flowing fluid, sedated and captured for a human's amusement. Do Grome and Blibdoolploolp take offence?  I hope not. Maybe they dig it as it allows a greater sphere of influence. In an animistic world, every rock and stone is a potential friend and a spy

There are other than the 4 natural elements. Elementals of happiness, moonlight, gravedirt, ironworks, springs, ink; not just the 4 basic or 8 demi-elementals, or the infinite paraelementals. Anything that has a Platonic Ideal can be ripped (un)ceremoniously from There and brought to Here. Pretty common for the animal world paragons to come to The World but rare for elementals of other sorts, and only where the connections are strong

The Paper Elemental often appears on my dinner table. Covered with scribbles and made of unpaid bills and half-read magazines. If one is able to get into the innards of a paper elemental, you can get a level-worth of spells for each physical successful attack one makes, but you're suffocating and being shredded by an infinity of paper cuts each round, so have Protection

Hmm Breakfast Elemental. Sleepiness, lethargy, contentment as attacks. You awaken some hours later with nothing done
Posted by Noah S. No comments:

I was reading this series of Zombie Golf posts by +Stiubhart MacChoille and immediately got to thinking about ways to use what I already have to make a Golf40K game or something like it
"The ball travels 3d8+10 inches plus the golfer's S score, and deviates from the marked target by 1d6-BS, to a minimum of 0 inches."
What I have in mind is Hivegolf.  9 holes of creaky hive towers, Plague Zombies, sludge, sumps, and gang warfare.  A couple of gangers surround and escort the driver and putter and you pop up encounters like from the Outlanders random encounters, and there's a ref like in Blood Bowl and your gang can pick up loot counters, archaeotech

You can grab the rules +Stiubhart MacChoille used, or close to it, at the above link. Certainly got to model up some ball and hole counters.  Melta-Photon-balls and Exhaust-vent/Bunker-targets?


I think +David Okum may have done a golf series, also (maybe not, but he should have done)
Posted by Noah S. No comments: