Wish in One Hand, Tirade in the Other 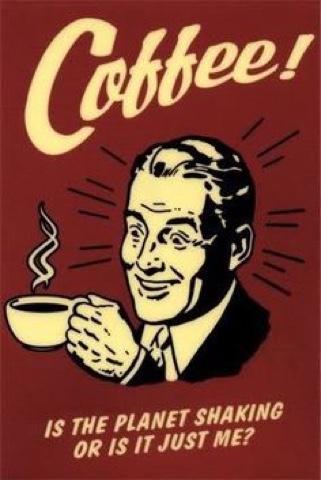 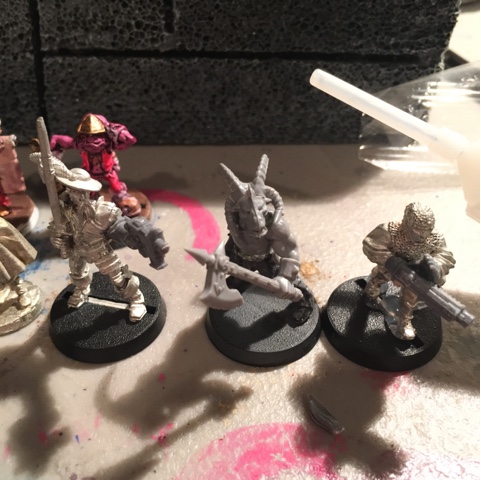 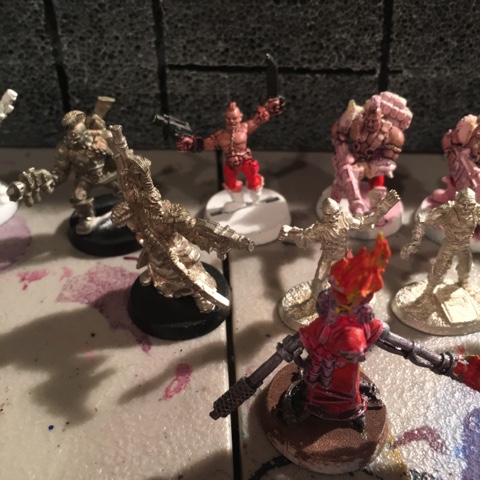 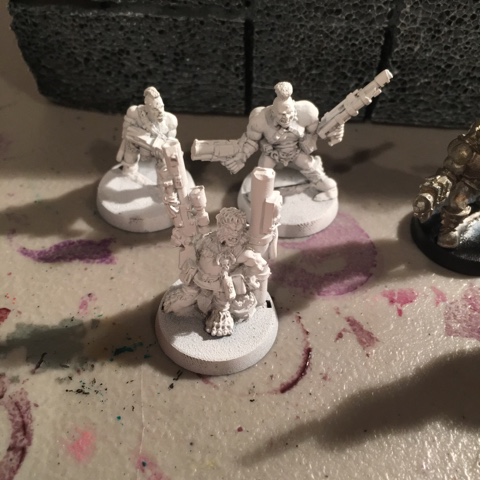 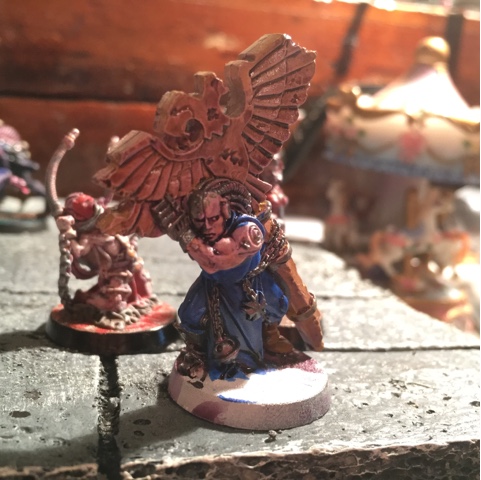 Been effing around in the basement.  Had too much coffee the other day and felt an urge for finality that I now know will never ever come.  I will be painting these little people probably until the time I pass away, in little batches of like 2 or 3 forever.

Here's some progress, if you're interested. My buddy is sending me my old genestealers (maybe 2nd edition?) and my original Scavvie gang that I never painted. I think he is going to keep the delaques and plastic orlocks/goliaths and terrain, but hey.  It's cool.
Some of these figs have needed a little zazz on 'em for maybe 10 or 12 years. 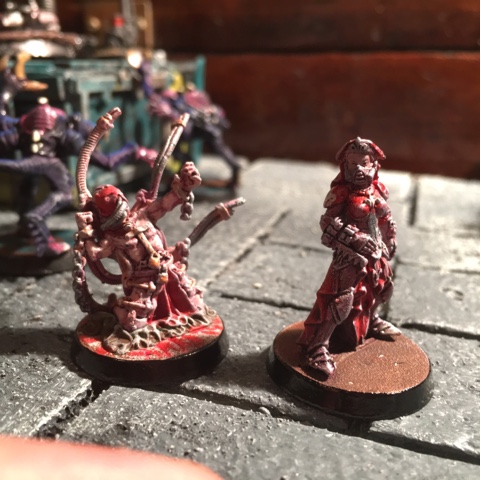 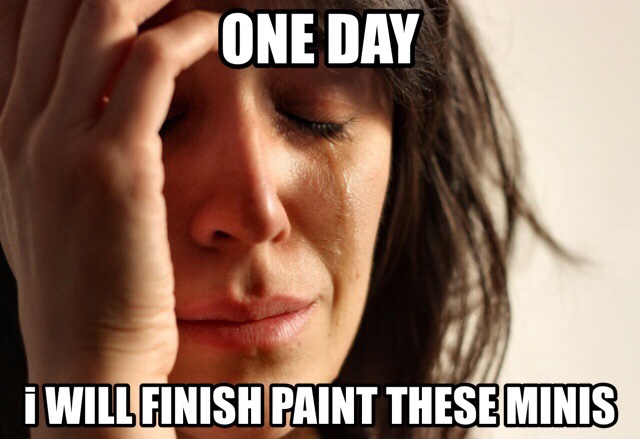