Sounds in the Distance - Whatre Those Hepcats Up To?

Riffing off my pal Anne H.'s great post about signs of an upcoming encounter

Anne is one of my favorite players, bar none, and she's a terrific thinker in terms of DM side stuff. In our exchange on MeWe (yuck, btw, still not a fan of the UI or ease of finding conversations)...

excuse me - in our exchange I pointed out that Moldvay has the DM determine the distance until the encounter happens with a 2d6 times 10', the direction as she or he might wish. That's what all those empty rooms are for in the Moldvay stocking process: to have free spots to put random encounters.


I guess one part of the artistry of being a DM is knowing and conveying what those weirdos are up to. Luckily, I've done a miniscule part of that for you. I play with Tablesmith a great deal and I like to do this sort of thinking a couple of times and then not again... So I made a "What Those Folk Up To?" thing in Tablesmith that helps me stock nefarious weirdos and their strange and inscrutable motives. HOW you convey those things they are doing is up to you, I suggest with sounds and smells since (hopefully) the party won't see those creatures if they are more than 30' or so (so out of lantern light).

Here's a list. You could use a d100 and keep rolling until you got something. All this stuff might lead to combat, I guess, or probably (in my game, at least) more likely to get into a roleplay thing. I stick with gibberlings because of the swords, hair, and chicken feet lets me use my Greaser voice from The Outsiders or maybe Grease or some Jersey variant.

I try to think of stuff on my once-weekly tedious commute while I am listening to the Cramps or maybe some gaming podcasts. I've been playing a great deal of Dark Souls on the playstation and so I'm full of self-hatred and really want to sit next to a campfire and sulk

This week I think maybe I'd heard that there's a third Bill n Ted movie in the works, and somebody looking for EUGENE called me yesterday while I was driving, maybe a police fund raiser and it got me thinking that usually I just threaten to murder cold-callers (especially if they hassle my wife or won't take a hint, I mean c'mon bro I know you need to make a living but if you suggest to my wife that my daughter is not safe a couple of times then it gets me in the mind of conspiracies and kidnapping and such and my brain just wishes to remove some irritant and threat and make your skull into a pearl last time the manager of the poor dude even called me and I screamed at him in my underwear under the moon for a few minutes, too)

So, the party finds this device, like a telephone pad, or maybe an Enigma device, or something with a couple of gizmos that have readily identifiable (but not probably understandable) runes, markings, whatever 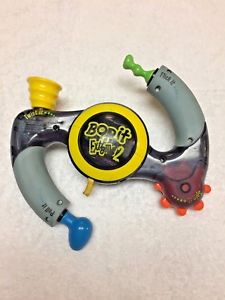 Any party worth its salt will discard the thing, but we don't play with those people.  The wizard will try to figure it out, of course. Just noodling with it will cast a random LoTFP summon, which to my mind is the greatest meta-gaming spell there is and I am pretty sure Ramanan S. had a great automator for it a while back so it's a bit iffy if they'll keep it, but what they have is a cosmic cellphone handset and every so often you CONTACT OTHER PLANE and it could be a good one, so keep that number

like, there's an order to it, but not much, and you ought to be sort of careful

keep a pokemon card deck handy, or maybe the Random Esoteric Creature Generator, or YuGiOh. I don't know, I'm torn about the RECG since it's Raggi, and it's Goodman Games, but fuck Jordan Peterson and those Kekistani guys and people that make a living by being provocative, I guess. YMMV but too close an association with scumbags makes one suspect, I guess? If a bunch of nazis latch on to your ideas then something is amiss

The trick will be for the user to remember the long (and sometimes complicated) sequence of runes/symbols/moves/whatever that will dial who/what they want, and maybe if they hit upon a good combination then kablammo now you've got a Deus Ex Machina device like some big ass giant eagles but these ones don't owe you nothing, man, in fact very time they bail your lame newb ass out you're getting in deeper to them and they could use some purple worms for breakfast 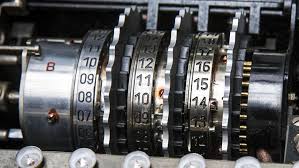 Anyway, if you want, you could use this thing I have made a while back to insert some entity (in fact, the principles are the same)
Posted by Noah S. No comments:

The entrance to the tomb is in a subcellar of some wealthy dilletante's house in town. Plastered over. Most likely the owner is his/her ancestor. Her ownership of the home has caused the awakening of the spiders, who now traverse the neighborhood and feast and prey upon the poor and downtrodden populace. Children and night-walkers disappear. The new owner of the home is not well liked owing to lavish parties and questionable philosophies, but he/she is not fully aware of the cult of the Queen of Night but will gladly join should the PCs bring the matter to his/her attention. In fact, if they survive and do not destroy the spellbooks, scrolls, and other valuables, or otherwise hinder the revival of the cult, this area will become a bastion of the worship of the NightQueen and her demonic minions

The locals have suspicions. Perhaps a child is stolen when the PCs arrive. A fault in construction near the manorhouse of the noble provides access to the Foyer/Antechamber (exiting from the thing without first undertaking the ablutions will activate the caryatids, of course! and put the PCs in the winecellar of an irritable wealthy senator, councilperson, or somesuch). A hedgewizard scries the presence of spider-things flickering around the neighborhood.  A fabvorite doxy, barmaid, or tankard-boy at the local tavern is whisked away into the night right before a PC's eyes during carousing.