I was looking at these Chaos Marines and Space Wolves bits, thinking about why I keep them, and I couldn't think of a good reason at that moment, and then the Internet showed me a very brief advertisement for a new GW skirmish game named Rogue Trader, I guess, but not the same one from 1986.

And I was going to use the SW bits for my Amber College Dungeonbowl kitbashery, just because, but it got me motivated some to sculpt some tabards and robes to put underneath all these leftover CSM  bits, and to use to make a Necromunda Chaos Cult with.

I think I will stat them up in RT1e and maybe convert to Necromunda 17 for a kick.

Interestingly, there is a work-up of Inq28 for Necromunda 2017, already! Which you can find on Yaktribe if you go looking!

Mostly, my ideas for the thing are based around: 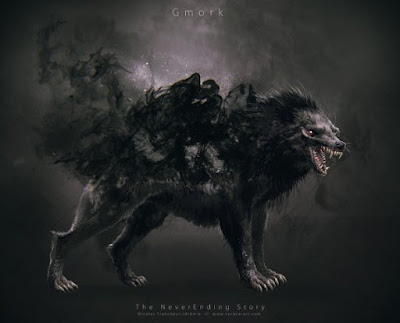 Gmork, from the Neverending story. The big wolf that hunts Atreyu (Noah Hathaway, yo!). Servant of The Nothing, sent by The Manipulators to turn the people of Fantasia/Fantastica into Lies in the Real World. Starring: the GW Warg leader, or maybe just a Fenrisian wolf, a one of these barghests I have laying around. 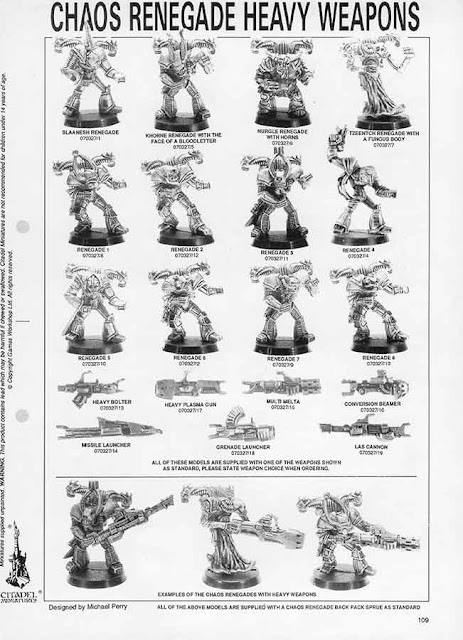 This page of Tzeentch Chaos Renegades from the RT1 era. which I have seen painted all kinds of cool ways, and which I lusted after as a kid - let's face it, those RT Chaos SM were infintely weirder and cooler and more Xaos than the recent ones, which are still pretty cool. 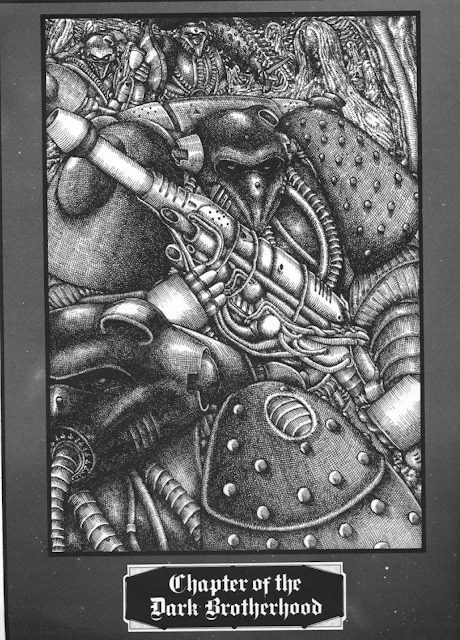 This illustration of what must be CSM but which I took to be a very very weird regular space marines picture, because in my pre-teen mind I made no clear distinction between the good guys and bad guys and maybe even RT didn't make a good distinction, either?

And to use up all these Space Wolves bits and turn them to Evil Ends. I really sort of want to sculpt and cast a squad's worth of filthy, tattered tabards and weird biomechanical neck veins and horned skull helmets and weird insectile-robot arms.

anyways, a cult of Chaos Undivided/Malloc that is bent on dissolution and annhilitaion of everything, not just some dumb aggression.  Fill in the gaps with robots, adeptae mechanicae scumbags, and converted IG and gang-types

We'll see! Fingers crossed.  The Emperor is a Corpse! The Nothing is Coming!
Posted by Noah S. No comments: