Okay, so first thingks first: Hobo is not a great word. Let's not fetishize NOR minimize the plight of unhoused people, and also (let us hope and pray) that the darkness of a thing's aspect is not Lynch's commentary on race nor ethnicity, although I think it does deserve to be examined but doing it here is maybe not a great format. You can if you wish. As much as I dig David Lynch (hi, Mr. Lynch, if you're watching! Love your work but maybe put some melanin in your thing) I do get a little nervous about lack of representation - even in Dune (I hate/grow weary of Chalamet personally but the rest of the cast is pretty varied in the new thing)... I don't know where was I. I'm brewing some tea, so bear with me here. This is gaming, and horror, and cinema, and if I need to explain more, then, uhhh, tea's done so time to make my kid lunch. BRB 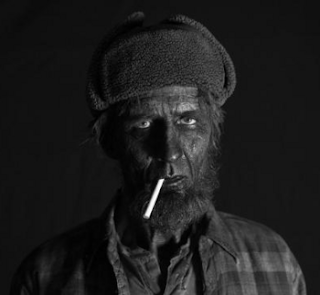 (later) Not to give too much away, but in Twin Peaks season 3, and also in Lynch's Mullholland Drive, and even in a bunch of other interesting horror things, homelessness/sleeping rough has A Quality - not a good one, I guess. But it does make you separate, powerful by virtue of forbidden knowledge, and dangerous. And rightly angry.

IF you can make a deal with these outsiders, who exist by virtue of society's disregard and willful obstinate forgetting, then they can give things in return. Do you have a light? There is nothing worse than walking around with a cigarette dangling out of your mouth looking for a light. If you had a light, you might get a favor later. They might find something for you, or share in their modest power of survival. Or run an errand for you.

They might come out of the cracks and crannies of reality to assist you, because the universe wants favors (not kindness nor charity) returned. As above, so below - dig? it works with fairies, demons, devils, vampires, djinn, ghula... a certain tit-for-tat that must be obeyed for historical reasons. Deep Magic, see?

If you can somehow get a positive reaction roll (the mechanics are sketchy and Moldvay's way seems to me to be tooo easy - I did a deep dive on Alma Mater's reaction table once but it's private in my head) in an interaction with an interdimensional hobo whose aerthly aspects is a gaunt and desperate being in tattered clothes and grime and soot but this is just the tip of the metaphysical icemberg - why then! They might somehow pitch in begrudgingly by (for example) crushing the skull of an innocent like a sparrow's egg, or perhaps casting a sleep spell over the radio, or in extreme cases reversing otherwise mortal damage to your incarnate meat form, or bringing you something from a lost place 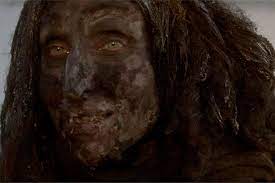 Are they separate and distinct from Duergar? Shaver's Derro? Yes, but no.

How do these beings, possibly once human, acquire such power? Not through their own efforts but rather through the subconscious rejection by society at large, by being literally shunted aside, willfully forgotten, by the conscious acquisitive grappling of reality for the sake of capitalism. They are, in effect, the vestiges of human sacrifice that it takes to keep the boat afloat, so to speak. Tantric demons no longer fit for the world, the price they have paid already gives them a sordid kind of power and they find comfort in pulling the innocent and content into the Outer Dark with them, even if only for a little while. Obviously, rejection of society's underlying mechanisms this way places one at risk of Chaos/Xaos/Kaos/Yang problems and it becomes hard to make tulpas etc. when your chakras are aligned so poorly but that's another post I guess

They Live (Carpenter) George Buck Flower is a multidimensional incursion all by himself (drawn to time-travel/tachyon bursts/crazy drunk driving?)

C.H.U.D. (I just watched this the other night and it occurs in the rough vicinity of my brother in law's place in NYC). These meat-things are on the brink of madness and discovery and transformation, and the monsters and real villainy are greed and bureaucracy and degradation

Mary Poppins (yes - soot covered magicians who come from the near-ethereal and dwell in a land of smoky quasi-realness and magical tulpa people - it's all there, yo, you don't even need to dig). Mary AND Bert are both doing tulpa stuff the whole time, the whole step in time!

IT! (i'm thinking of things long left alone, and rotten, and the Leper but probably many other thematic connections)

The Shadow People by Margaret St. Clair (also, Sign of the Labrys but I digress)