A blow-by-blow of the horde of temporary fantasy personas I've assumed since returning to RPGs in late 2012.  In rough approximation of order:

Kal Arath (Barbarian Prince rip off) - killed by a bite from a dog-sized spider in the IRON CANYONS. My first PC death since 1995, if I recall correctly.  The sadness of his untimely youthful demise, struggling to reach the open air above the labyrinthine tunnels, snapped my fevered brain and I determined to exact my revenge upon +Dave Younce in the most baroque and excruciating way.  If you are +Dave Younce, please unread this joke I just made.  Also, later on I had a pretty fun Dwarfy conquistador who was fairly bad-ass with an arquebus.  Don something or other.

In an Christmas Eve 2012 game with Jurgen M. and Josha P.A. - I played a gender bending DCC Wizard and plumbed the lair of the Santa Claws with my dwarf associate (module by Daniel Bishop).

A failed funnel group that I couldn't keep up with in the DCC Barrowmaze game of the same +Daniel Bishop .  There was a Halfling merchant, a grave digger, a very pious turnip farmer, and a female dwarf blacksmith, I think.  This could be wrong, though - if it's wrong, those are from another game I played in around January or so.  So 8 funnelers in this confused bunch, whose only actions were to run into the room late when I didn't keep up with the posts.

Vens Kral Vathos - played once in the Barrowmaze Open Table by +Jason Paul McCartan .  I say that poor connectivity wrecked the game for me but it was the brutally unresponsive interface of Roll20.net and my first time on the client end of a VTT, so I couldn't manage it.  I'm impatient.  The upshot was, the community layout and structure was/is inspiring.

There was a big, mean, White Ape Banana Marshall in the post-apocalypse of +Kyrinn S. Eis.  The sliding around in the icy tunnels destroying humanoids was a highlight of the year.

Doctor Varlguise - a murderous and insane plastic surgeon in the Dying Aereth, DM'ed by +James Bennett

A couple of funnel meats in +Vincent Quigley's Stonehell game (the female one was an agitator prone to leaving subversive pamphlets in newly emptied treasure chests). There was also a burly proto-fighter but I don't recall too much other than that they almost killed a giant iguana-type "Dragon"

A funnel dwarf tunnel runner - killed by a gladiator.  Also, half of a twin pair of sure-to-be-future gladiator team in +James Bennett's islandy hex crawl

At Camp Nerdly I played In A Wicked Age and ran a house of ill repute as a prim and proper Englishwoman poisoner, Jillianmaybe Somethingorothershirestone (Chloe Moretz clone?).  Also, a feisty martial artist killed before his first real match in +Don Corcoran's Burning Wheel .  I even LARPed there as a kid who was physically abused by his alcoholic parents (Danny maybe?).  The In A Wicked Age game was an eye-opener. 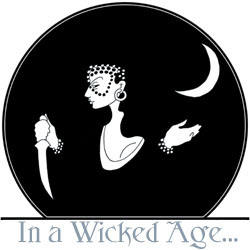 There was a funnel group that had a lot of promise in +Alex Chalk's test game. The shrine-sweeper would have been an excellent cleric had he not been murdered by a spidermanspider. The others ended up being a lot of fun for a one-shot, mostly since I tried to swindle Clay's merchant with one and tripped balls on hallucinogenic mushrooms with the surfer guy type the rest of the time.  Big SnakeArm Hands of Colubra Hugs brah, we're gonna make it through this bad trip, mmkay?

Maybe in November or December 2013 there was Forthelbert, lawful cleric of day old baked goods in +Darien Mason's one-shot (maybe a two-shot).

+Evan Lindsey opened up the Gatehouse of the ASE and let in my most recent White Ape warrior, whose name I cannot already recall, but it were much enthused and smashy.

In this year's reboot of the Iron Canyon, I started with Walger Cheesebeak - a ratling forager, and his grungy buddy Scherandus, a plainsman tracker who is prone to heart-eating.  Also, the grim and thewsy H'ak Rathis, Vulture Spirit Shamaness (now wielding the ancient and wicked-sharp spear Agony's Servant). Strangely, she is the only character I've wanted to play twice since like 1993.

Got into a game with D. Kovacs and a crew of heavy DCC Stoutfellas, all Lawful (but evil) dwarfy Jersey/Boston/NYC type gangsters.  Sadly, I am supposed to be traveling this weekend so I might not be able to see the end of this one.  Fishbit Burris, cleric of the God of Deep Waters, who loves sacrifices in the form of bodies with concrete shoes

The other night I played as Mr. Muggins, student Chronomancer and the bastard son of a low-level Lantern Archon, struggling to break into the seedy criminal world of the City of Dis.  Coincidentally, he was co-opted by the Black Legion, an anti-construct and summoned monster activist group, pretty early into his studies at the Celestial Uni.

In retrospect, I played a great number of one-off games, and it does conclusively show that I have absolutely no allegiance to any particular character.  Perhaps more importantly it also reveals that I will enter into and drop out of any friend's campaign at the drop of a hat.  For that, I am woefully sorry and am attempting to amend my ways.  My friends and I kick around a lot of good campaign ideas and none seem to last very longish - maybe 'cause I don't often play in their games regularly and they also flit about from good idea to good idea like I do.  Maybe the ideas are hare-brained, I don't know.

On the other hand, I ran a great number of games in 2013 of a couple of different stripes.  I won't list offhand the player characters that I remember from those games since it would beggar description (I think it ends up being 50 or 60 different individuals whose details are spotty).  Of course, there were a low number of (short lived!) NPCs, my favorites of which were the three Barrow Harpy sisters that were "befriended" by Roy the Radish and a crew of hapless n00bs (one of whom may have demi-harpy offspring running around the mound surface ****shudder****)

I don't know what the purpose of this is, other than that it's a follow up to my WORKS FOR ME DM'ing style.  We all get our fun in different ways. I guess mine is kind of non-committal.