Free Stuff for You

Never turn your beloved hobby into a side hustle. The hustle or gig economy is a motherfucking farce. A bullshit lie perpetrated on us by the wealthy who have taught us that nothing is worthwhile unless you make money from it. Don't listen to that bullshit lie.

To that end, take some of the stuff I've written and have it, for free. All of this was vomited out onto the Google Plus streams at one point, I guess. If you print it out, you could wipe your butt with it in a pinch. If you see fit to sell it somehow, you've done better than I could in this matter. That's definitely not explicit permission to use my work for your own financial benefit, unless you are homeless at that time. It's mostly geared to DCC, since that's mostly my jam.

After the Mower: a thing that came to me while I was mowing my "lawn". You play cute little animals under duress.

Alma Mongrel: High School sucks. Maybe it's better if there's hideous Shoggoths behind it all, or like you can cast spells. Your mileage might vary.

Alpha Complex Crawl Classics: a kludge/hack that your Friend, The Computer, wishes you would incorporate into your game.

Beyond the Warpgate: if you like the sweet innocence of Beyond the Wall, but you also like mescaline and/or The Illuminatus trilogy

BLACK DRAGON FIGHTING SOCIETY patron for DCC. So much raw power that you will need to exercise restraint.

Sometimes you need a crummy NPC real quick and you might need a little push, and if you look down at this page you might steal an idea from it and be safe. Warning: these NPCs suck and are not quality-controlled at all.

Sometimes you need crummy NPC personalities real real fast and all you got is a handful of dice and are not able to read too good. I'm your Johnny-On-The-Spot, in that case.

If you hate your job, and love to pretend about hating your job while also playing DCC or some other DnD clone, then you may like this thing.

If shooting things is your thing, you may like this Gunslinger Class for DCC

Halthrag Keep, but instead of a book to wade through, just the monster encounters. Try to make it out alive!

There's a famous Italian role playing game, and I was entranced by this die-drop poster it has, and so I used Photoshop and Google Translate. Paolo said I missed the mark in many ways, but I'm still proud of it.

More meatshields for DCC. These have pseudorandom Copperfield names, IIRC.

I think this Quachil Uttaus patron was my first real endeavor with InDesign. I would not even fuck with this guy since he's going to win out in the long run.

A man or woman made of meat, as a class for DCC

A man or woman made of meat, as a class for MCC, or maybe Umerica, or some variant.

This was crowdsourced on Google Plus and later became a PC generator on the Purple Sorcerer. God Bless Jon Marr!

I used the DCC unique undead traits list and added a whole bunch for use in our Barrowmaze campaign. Impart a strong sense of O SHIT LETS RUN AWAY in your players. 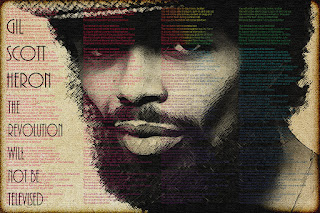